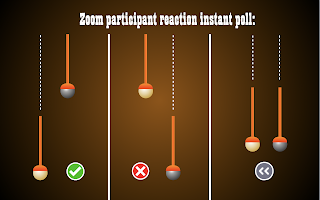 I'm embarrassed to confess that I don't remember the name of the physics teacher who shared this demo at the January 1986 MSTA Meeting in Lansing. I do recall driving past many cars that had slid into the ditch on the road from Ann Arbor that morning. It was windy and icy. And cold.

But the demo stayed with me, and I worked it into my curriculum early on. It was my first Show & Tell at an NCNAAPT Meeting (Spring 1992, American River College, IIRC).

I think it's a great demo for the Newton's Law unit. There have been times when securing toy dart guns was a challenge. They can last for many cycles, but they were built as inexpensive toys, not precision science apparatus. Fortunately, Arbor Scientific has become a reliable source.

I wrote a post about this demo previously, when I recorded some nice high-speed video of it. It includes a few more specifics.

As ever, my presos are designed to support my storytelling and do not stand on their own terribly well. (Like a backup band with no lead singer.) And you can see I use aluminum support rods to help with the simultaneous launch. I launch the darts from ceiling-level down to my countertop so students can see the landing point. I protect my concrete countertop with a wood plank.