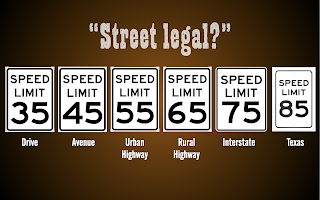 My use of Pasco's Lenz's Law demonstrator as a blowgun to explore the equations of motion is discussed in a previous post. That's an activity I don't do in my regular Physics class, because number puzzles aren't a priority there.

In this activity, I introduce the blowgun to Physics, do a quick speed determination, and then detail how Newton's laws of motion apply to the various portions of the Hero's Marker's Journey.

How are Newton's third, first, and second laws relevant to when the marker (bullet) was in the tube (barrel)? Between the barrel and the box? When caught by the catch box?

I do this after all three laws have been taught in class. It's a nice review.

Newton's first law is relevant in that the marker at rest would have remained at rest, but was acted on by an unbalanced, external force applied by the air.

In the end, we ponder how to make a faster-moving bullet based on Newton's laws. I can't blow any harder. So we modify the bullet.

Is this demonstration activity really just an excuse to do another blowgun activity in class? I mean... what are you even talking about right now? That's ridiculous! Why would you even suggest such a thing?

It really is a nice review of Newton's laws.