Van de Graaff is the Coiffeur 2019

It was another hair-raising experience when we charged up the Van de Graaff generator this year.

The conditions were often less than ideal. But we charged ahead with our old 1960s-era Cenco Van de Graaff. That old thing can produce a nice charge.

Hair are the results. 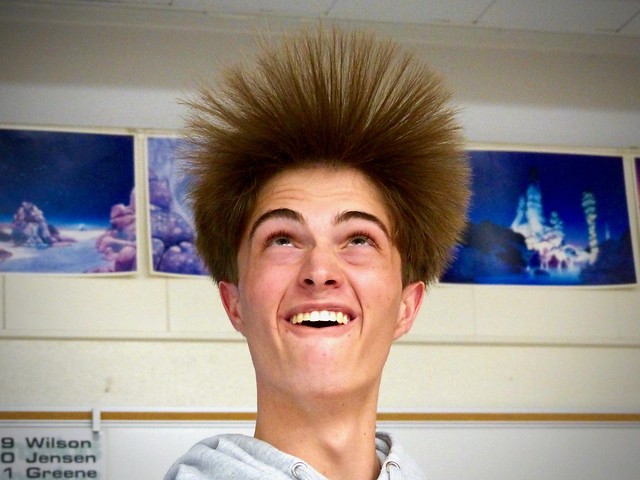 Posted by Dean Baird at 9:13 PM No comments:

Sometimes I go somewhere for spring break. This year I went everywhere on our planet.


As described by the producers:


Our Planet is a groundbreaking, four-year collaboration between Netflix, Silverback Films and WWF. It explores the rich natural wonders, iconic species and wildlife spectacles that still remain, and reveals the key issues that urgently threaten their existence. Today, we have become the greatest threat to the health of our planet.

Our joint mission is to inspire people over the world to understand our planet - and the challenges it faces. If we can truly understand why nature matters to us all, and what we can do to save it, then we can create a future where nature and people thrive.

It is very BBC Planet Earth-esque in many ways: stunning wildlife photography accompanied by a David Attenborough narration. But in it's storytelling, it does describe human impact. There are times when that impact is beneficial, but more often it is detrimental. Appallingly detrimental.

By and large it is a celebration of nature as it remains and an assurance that, given the opportunity, the extent to which it can recover. And photography tools and techniques have advanced significantly since Planet Earth was made.

There are disturbing vignettes. The fungus that bursts forth from the corpse of an ant whose dying behavior it commandeered, the successful orca hunt of an outmatched penguin, and "the walrus scene". The walrus scene will likely stay with me for a very long time. It should be noted that the entire eight-episode series is rated TV-G.

I may never have need or cause to direct my own students to watch this series. But others might. It seems very much in line with the NGSS three-course model's "The Living Earth". But I know I'm unwilling to use expository video resources without an accompanying set of questions. For long-form videos such as each episode of Our Planet, a sequence of surface-level questions can keep students focused on the narrative.

So I spent a significant portion of spring break preparing video question sets that teachers could use with students while watching any or all episodes of the series. For me, that requires first screening the episode as a passive audience member. Next I go through the process of watching and listening and pausing while I allow the text of the narration to suggest possible questions.

Fill-in-the-blanks are simple and can be effective. Sometimes. But not when the key word or phrase is something like "Rub' al Khali" or name of any exotic place or organism. Multiple choice can be deployed here, but it's key to develop distractors of such quality that even a clever student would be attracted to a wrong answer if they were not paying attention.

There are occasions in which multi-select checklists are appropriate. Rarely, it is even possible to create a matching sequence.

In any case, I came up with Our Planet (Netflix) Video Question Sets and have posted them to The Lessons of Phyz at Teachers Pay Teachers.

Often the producers of such programs will develop deep and expansive curriculum through which an instructor could make a semester or yearlong course based on the documentary series. And the producers of Our Planet have produced a companion book for the series.

For now, my own classroom interests have never risen to that level of ambition. Not even for The Mechanical Universe. I prefer to incorporate the resources rather than to be incorporated by them.

If you know someone who might want to replace their use of Planet Earth with something a little more environmentally conscious, send them this post. Our planet is stunningly gorgeous, as is Our Planet.
Posted by Dean Baird at 2:52 PM No comments:

I should probably ad a subject tag of "better late than never". Maybe later.

Somehow this article got past me last year. My absentminded/aloof game is apparently too strong sometimes. So I apologize if you already knew about this item from Neuroscience News ages ago, but...

It inspired a new Physics Ad. Too late for this year just means super early for next year. 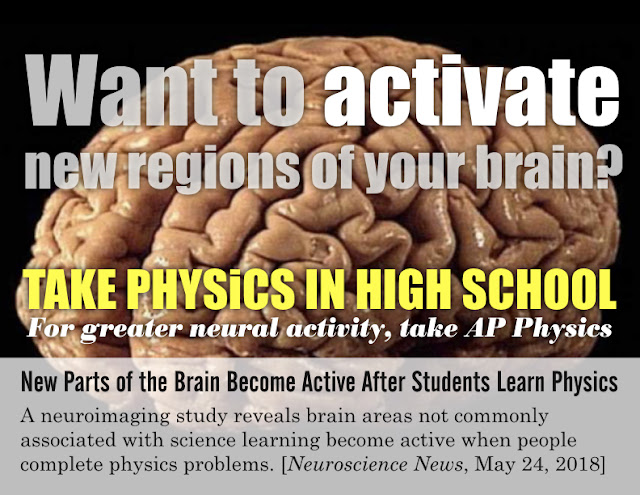 Posted by Dean Baird at 1:02 PM No comments:

It's a great day to be skeptical! 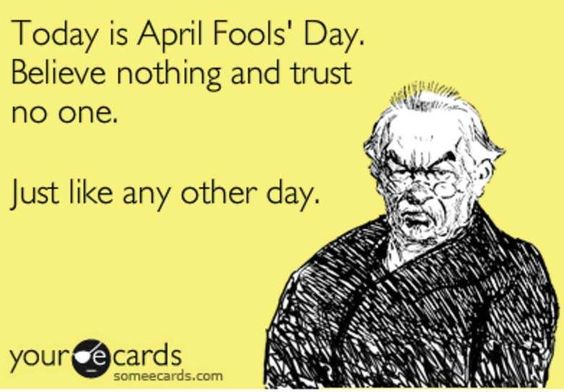 I've been developing "skepticism in the classroom" resources for quite a while. I've posted a bunch of them to The Lessons off Phyz at Teachers Pay Teachers. I drop them into my curriculum throughput the year, when the moment is right. Sometimes they are assigned as "YouTube Homework".

YouTube Skepticism: The First Moon Office
This activity compares the science of meteors and apparent weightlessness with how those phenomena are represented in a Federal Express television advertisement.

YouTube Skepticism: Power Balance
Power Balance bracelets burst onto the scene a few years ago and enjoyed explosive success. There were "knock-offs," fakes, and the company gathered so much cash it bough the naming rights to sports and entertainment complex in Sacramento: what had been ARCO Arena became Power Balance Pavilion. The activity brings students through the claims and the tests of those claims. Power Balance has since declared bankruptcy, but similar products (targeted toward baseball players) persist. There will always be such products, I hope my students do not buy them.

YouTube Skepticism: Magnet Boys
This activity allows students to consider several cases of so-called "magnet boys" that swarmed the Internet a few years ago. The cases pose interesting questions, and magician and skeptic, James Randi, has an idea of what might be going on.

YouTube Skepticism: Cell Phone Popcorn
This activity has students observe and investigate a set of viral videos that took YouTube by storm a few years ago: ordinary people were using their cell phones to pop popcorn. The videos leas students into a revealing investigation.

Merchants of Doubt
Question set and answer key to accompany Merchants of Doubt (Sony Classic Pictures). This documentary exposes the parallels of the tactics used by the tobacco industry and climate change deniers, among others.

Skepticism Bundle—The Whole Shebang!
All of the above.

More skepticism in the classroom resources can be found at

Skepticism in the Classroom (Dean Baird)

Skepticism in the Classroom (my buddy, Matt Lowry—physics instructor and skeptic extraordinaire)
Posted by Dean Baird at 12:00 AM 1 comment: