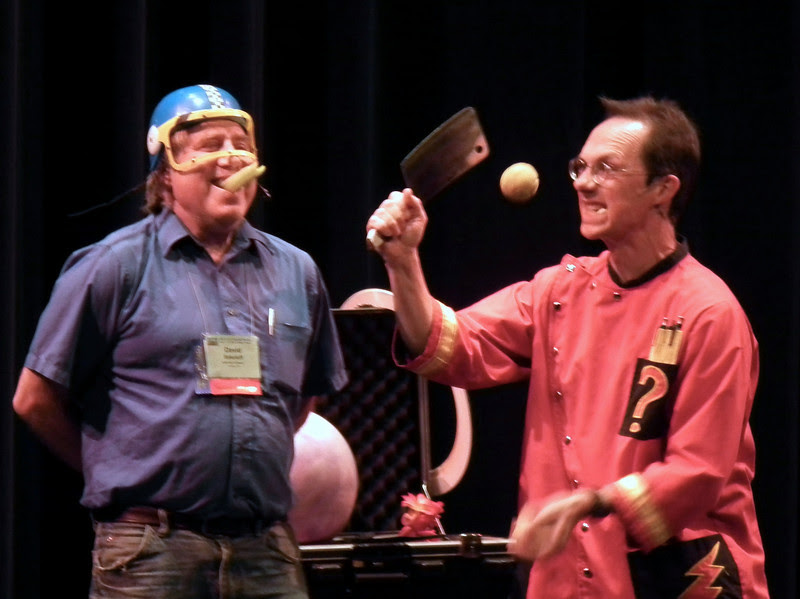 The AAPT's 2010 Summer Meeting in Portland was another sip from the fire hose. Much more to see and do than can be fit into the brief window of opportunity.

I used my new Fujifilm FinePix HS10 to grab a photo or two.

Most pics are from the High School Share-a-thon, the Gala Demo Show, and the Walking Tour of Portland.

Is gravity but an illusion? 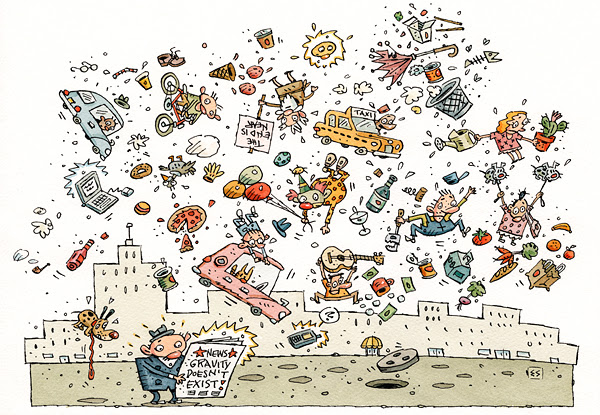 A prominent string theory physicist says so.
Posted by Dean Baird at 6:55 PM No comments:

Email ThisBlogThis!Share to TwitterShare to FacebookShare to Pinterest
Labels: gravity

When it comes to closely held beliefs, facts often don't matter. At all.

Research from The University of Michigan suggests that people generally cling to their personal beliefs despite facts that contradict those beliefs. Indeed, contradictory facts sometimes drive believers deeper into their unfounded beliefs. This is referred to as "backfire."

One of my father's truisms was, "no one ever wins an argument." I hated that one when I was growing up because I loved to argue. To me it was intellectual sport, and I was better at debate than I was at kickball.

By high school, I knew my dad's wisdom was correct. But I justified my hobby another way. I knew I couldn't convince my opponent to change their mind. I argued for the sake of the bystanders. The pickup arguments in classrooms and hallways would often draw a small crowd of onlookers. They were not invested in the argument, so they didn't have to entrench. Their minds might have been open. It was the audience—not my opponent—I hoped to convince.

For other purposes however, the Michigan study reiterates the fact that arguing with a true believer bears no fruit. Often the believer is eager to argue. The act gives weight to their discredited theory.

And there simply is no factual evidence that will change their mind. None. Perhaps the best policy is to leave them by the side of the road as reality moves on. Let them wallow in their fairy tale as research moves forward. The only problem with that is that they populate school boards and state education commissions, where they can inculcate students far and wide.

At those organizational level fact-blind believers must be fought, lest your state becomes the next Texas or Kansas. But on a personal level, it's best to save your breath.
Posted by Dean Baird at 11:26 AM No comments:

The Amazing Meeting 8 is coalescing. Attendees are arriving at the South Point. The Del Mar is filling with skeptics from around the world.

And I jumped out of a plane.