I think most of us enjoy the visuals associated with shock waves. These things have made the rounds on teh innertoobs (Google Image and YouTube, et al). The hip, media-savvy teachers use them when teaching waves.

The deep explanation is, well, robust.

Check out the new pic:

A U.S. Air Force F-22 Raptor aircraft participating in Northern Edge 2009 executes a supersonic flyby over the flight deck of the aircraft carrier USS John C. Stennis (CVN 74) while the ship is underway in the Gulf of Alaska on June 22, 2009. The visual effect is created by moisture trapped between crests in a sound wave at or near the moment a jet goes supersonic. Credit: DoD/Petty Officer 1st Class Ronald Dejarnett, U.S. Navy

"The Prandtl-Glauert Singularity"? Sounds like the title of an episode of The Big Bang Theory.
Posted by Dean Baird at 10:39 PM 2 comments: 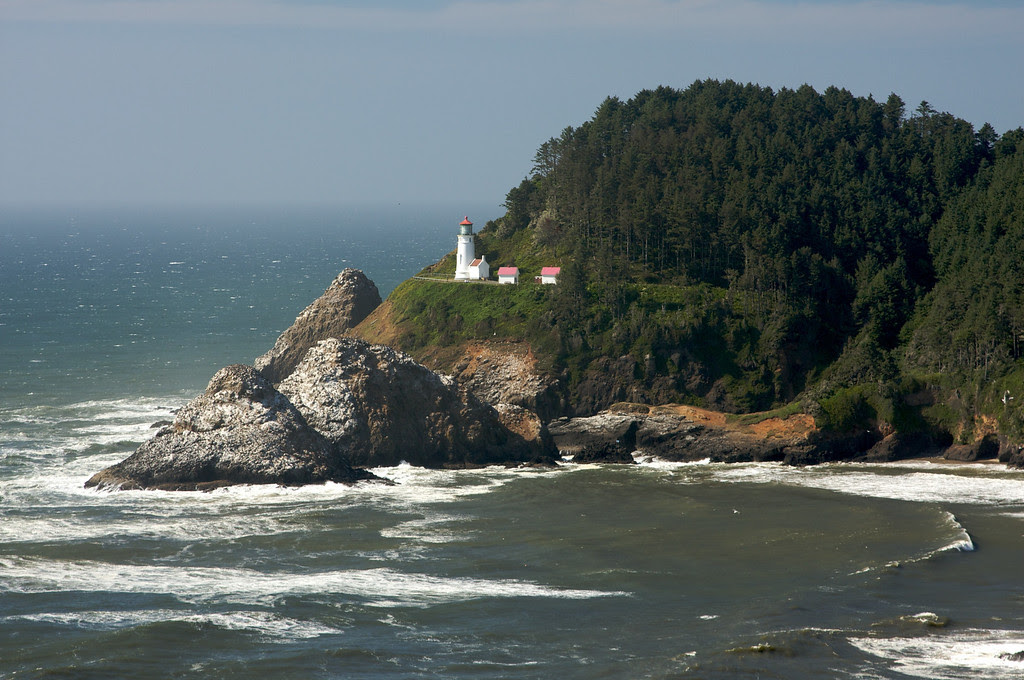 Traveled to Oregon for sights and scenes.

Preview album here.
Posted by Dean Baird at 1:58 AM No comments:

Email ThisBlogThis!Share to TwitterShare to FacebookShare to Pinterest
Labels: off topic, photography

There is no blue in the spiral pattern below. Truly. The Bad Astronomer, Richard Wiseman, and Buzzhunt have all the details.

The Bad Astronomer (Phil Plait) and Richard Wiseman are regulars at TAM, by the way. They never fail to bring a heaping helping of groovy.
Posted by Dean Baird at 2:37 AM 3 comments:

High-speed video in the national parks

These clips were captured last year on a "flyby" through Yellowstone National Park. I was even greener with the camera then than I am now. And time was short. I don't promise great pedagogical value here; just good fun. Geysers, mudpots, springs, and a waterfall. I clearly need to go back and try some more captures with improved technique. (My favorite mudpots--Artist Paint Pots--were closed for the season!)

In celebration of the last day to book rooms at the South Point Hotel, Resort & Spa at the group rate for The Amaz!ng Meeting 7 (July 9-12, Las Vegas), I present a video debunk of The Pantry Ghost. Fasten your seatbelts...

As my close personal friend, Melissa, would say: this made of win and joy.

Thanks to Swoopy for pointing out this treasure.
Posted by Dean Baird at 10:36 PM No comments:

Pranks: How To Set Up The Mentos Ice Cubes Prank!!!!

Posted by Dean Baird at 1:49 PM No comments:

I knew it!!! I've always been a fan of the matte screens. I'm not keen to look at a mirror when trying to see my laptop screen. But I guess that's just me. (Not to mention the fingerprint magnets that glossies are.) I watched with incredulity as Apple followed the bad lead taken by PC laptops, going to glossy screens. Everyone seemed enamored of glossy. And Apple crept further and further into glossy hell. They still do. It's unlikely that this news item will alter the future enough so that I'll even be able to pay extra for a matte screen on my next laptop (c. 2013).

I guess I'm not the only one who has no use for glossy Mac laptop screens.
Posted by Dean Baird at 3:25 PM 5 comments:

Most teachers find most students to be delightful. Even more so in physics than in most other subject areas, I suspect.

But there are exceptions.

So, teachers, take a look at this informative video clip. Be amazed by the relative sizes of the rare islands of matter that dot the universe. And see if you don't have occasional need for the important message at the end--the "moral of the story," if you will.

Go ahead; bookmark it now for use later.

And by all means, scope out Phil Plait's BadAstronomy.com, from whence I lifted this gem.
Posted by Dean Baird at 1:01 PM No comments:

It's live! Flora Lichtman and the team at NPR's Science Friday present another excellent lesson. This time, it's a high school student who can shatter a wine glass using his voice. If they ever incorporate that into a Glee plotline, I'll buy the season on DVD.

You'll recall that Adam and Jamie at Mythbusters found a singer who could pull off this stunt a few years ago.

Isn't it nice to have some post-WWII video to show when discussing resonance? Don't get me wrong; I'll still be showing the Tacoma Narrows Bridge, too. But it's always nice to have some material produced when the students were alive (or even from when I was alive).
Posted by Dean Baird at 9:27 AM 1 comment:

see more Lolcats and funny pictures
Posted by Dean Baird at 12:00 AM No comments:

Drive to Discover: The EX-F1 and me on TV!

Not everyone believes me when I tell them I don't see much broadcast TV. I don't have cable, and telecasts that I see with my DTV converter box--connected to an amplified antenna--are something akin to water torture. Two words: un watchable.

But I digress. This post is about a report produced by Bay Area technology reporter, Richard Hart. The report shows how high-speed cameras are being used by the masses now that they're within the grasp of consumers. As fortune would have it, he interviewed me for his Drive to Discover piece.

He filed the report for ABC's KGO-7 in San Francisco over a month ago. So here's my cutting edge, up-to-the-second blog reporting, submitted for your approval.

Click that little bracketed box (lower right in the video frame) to go full-screen. Trust me, you want to see my mug in full screen. There is some debate as to whether the camera-angle-to-hair geometry is simply unflattering or downright fright-inducing.

Special thanks to my buddy, Chris Knopp. He told me a friend had seen the segment. You'd think with an ego the size of mine, I would have been on top of this thing weeks ago. But there was AP testing, finals, and the end of school. Sigh.
Posted by Dean Baird at 9:29 PM 2 comments:

School's out and I'm off 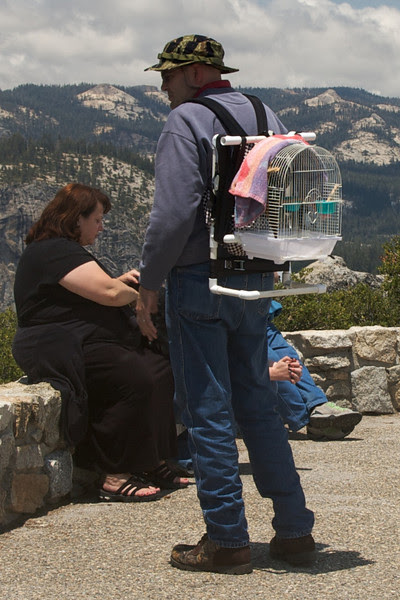 Off for a quick change of scenery to Yosemite. Chased a little light. Snapped a few pics. Did a double-take at Glacier Point when I saw a guy hiking with a birdcage backpack. Maybe I don't get out enough.

I made it a full (whirlwind) YoMoBo tour (Yosemite, Mono Lake, and Bodie Ghost Town).

Click the birdcage to see a quick sample of images.
Posted by Dean Baird at 6:03 AM 1 comment: