The original episodes of The Mechanical Universe once streamed from the Annenberg Learner website and were available for purchase there. That changed and it seemed like they would be lost forever. But then CalTech posted them, so it seems all is well.

But the High School Adaptations followed a different path. They were available for purchase for years (VHS and then DVD) from Intelecom. But any and all distribution ceased years ago, and these pared down and reworked videos seem to have been lost to the mists of history. You cannot buy them and you cannot stream them.

So I decided to post them as "unlisted" videos on my YouTube channel. Two copyright claims popped up when I uploaded them. In "Introduction to Waves," someone owns the license to The Marriage of Figaro music that plays in the episode, so that episode is subject to ads that would benefit the license holder. In "Navigating in Space," a minute or so of Voyager Grand Tour animation is owned by the BBC. Inclusion of that minute would block the video from running, so I removed the offending content and tried again. No block; no strike!

Links to all 28 High School Adaptation episodes can be found at the bottom of this page:
The Mechanical Universe of Phyz

And now that they stream, they make for nice YouTube homework assignments! This frees up classroom time for other activities.

I feel awkward posting these videos since they don't really belong to me. I have not been asked by any license-holding stakeholder to cease or desist. At this point, they may be covered by Fair Use. I honestly don't know. It is certainly not my intent to infringe on anyone's copyright.

The Law of Inertia

Posted by Dean Baird at 4:37 PM No comments:

Today in "What not to buy"

This floated through my social media feed today... 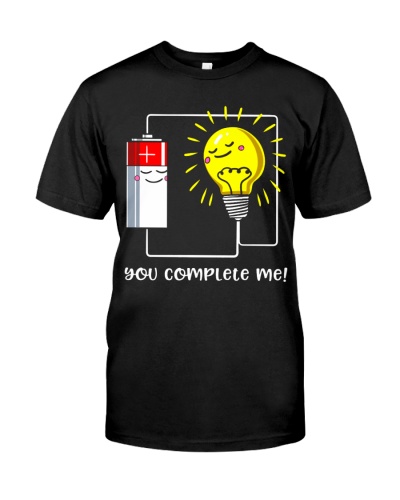 The comments were appropriately brutal. And it wasn't the anthropomorphization that the commentariat was ruffled about. I suppose that's a risk inherent to advertising on social media. Your sponsored posts are subject to comments. At least they are for now. Facebook, Twitter, et al will no doubt figure out how to fix that so as to reap even greater profits. And why wouldn't they?

In any case, you could certainly acquire one just so that your students could rightly lambaste you during your lessons on circuits, if you're into that sort of thing. By the way, will we even be teaching circuits outside of AP and IB in the NGSS future? I don't see it in the high school physical science DCIs. But I could be wrong. Again, I digress.

Rather than supporting this electronic transgression with my hard-earned money, I downloaded an image or two of the offending item and will add it to the things we talk about when we talk about circuits in class.

But if you're keen to buy, here's the link: Science - You Complete Me

The Blog of Phyz is not responsible for short circuits, burns, or fires that may result from the use of this product.
Posted by Dean Baird at 11:44 AM No comments:

The correct reaction here is "I saw that when she posted it" because you subscribed to Physics Girl's YouTube channel ages ago. If not, proceed.


This seems to beg for further investigation using different liquids. Cooking oil? Corn syrup?  The interplay of adhesion and cohesion is central here.

It's fun to think about the extremes:

1. How would this have turned out if the liquid had maximum cohesion and minimal adhesion?

2. How would this have turned out if the liquid had minimal cohesion and maximum adhesion?

There are more questions that might be nice, too. If you think of a question (or a liquid), drop it into the comments.
Posted by Dean Baird at 3:00 PM No comments:

Breakthrough: The Ideas that Changed the World

The Next Generation Science Standards place a new importance on engineering. There will be initiatives and ideas for how to engage students in designing and building things in class.

If we want to enmesh engineering into the fabric of our curriculum, we might want to consider shining a spotlight on the engineering history a few key inventions. The PBS series, Breakthrough: The Ideas the Changed the World shines that light on six such triumphs of engineering. The series played on PBS this past spring It streams on Amazon Prime. And the DVD set of the series, hosted by Patrick Stewart, is now available. Here's a rundown of the episodes.

The Telescope
Episode 1 tells the story of the development of the telescope, from a stone-age observatory to the space-based telescopes of the future.

It entails long-abandoned Stone Age dolmens once used as celestial calendars,
how Venetians made glass transparent, the optics of a medieval Persian camera obscura, a Dutch lens maker’s wartime breakthrough and a Venetian math teacher’s advancement of it, a Parisian invention improved by a spilled bottle of mercury, a team of women known as human computers who were armed with fly spankers, an athlete-turned-astronomer working high above Los Angeles, and telescope in space that will allow us to see as far as physics will allow.

The Airplane
Episode 2 tells the story of the development of the airplane, from early human-powered attempts to the jet concepts of the future.

It involves a ninth-century moorish daredevil’s first attempt at human flight, how we had tails before we had wings, an artist obsessed with anatomy and flight, a whirling arm in the stairwell of a seaside mansion, the rubber band’s role in flight, the curve of a stork's wing, a connection to maritime technology and the gyroscope, the use of a deep-sea diving suit to fly high, why modern pilots are pressure tested, and the surprising efficiency of the jet propulsion gas turbine.

The Robot
In episode 3, Locutus of Borg tells the story of the development of the robot. Well, Patrick Stewart is the series narrator, so... close enough!

It involves the ancient legend of Hephaestus and rudimentary Greek automatons,
a device that could learn a new tune and repeat it exactly, a desire to produce navigation tables by steam, the linguistic contribution of a Slavic cubist painter, the breakthrough of storage for programs, an imitation game, an electronic tortoise, a mission to Mars, a nuclear disaster in Japan, and the challenges of balance and hands.

The Car
Episode 4 tells the story of the development of the car, from ancient sleds powered by primitive dogs to autonomous vehicles powered by graphene batteries. Gary Numan was not available for the narration, so Patrick Stewart handled the voice-over.

It involves ancient arctic sled dogs, the pairing the axle to the wheel, the smelting of metals from rocks, the spreading of a language, the need to pump water out of mines, the boring of naval canons, a stunt carried out by an inventor’s wife, the efficiencies of a slaughterhouse, and the promise of graphene.

The Rocket
Episode 5 tells the story of the development of the rocket, from ancient guano-powered fireworks to plasma rockets with magnetic confinement.

It involves the use of bat guano from Chinese caves to drive off evil spirits, a modern-day celebratory rocket battle in Greece, a work of fiction by a famous astronomer, an imaginative tale about a trip to the moon, a visionary living in rural Russia, a breakthrough in dairy processing technology, a loophole in an international treaty, a repurposing of firefighting equipment, internal Soviet geopolitical subterfuge that stoked the Space Race, and plasma engines that could transport humanity to other worlds.

The Smartphone
Episode 6 tells the story of the development of the smartphone, from the fall of Carthage to brain-interfaced apps of the future.

It involves ancient Roman battlefield communications, a painter-turned-inventor who devised a code still in use today, a groundbreaking technology whose rightful inventor had to be settled by the US Supreme Court, an obsessive inventor who found treasure in another scientist’s trash, a quirky keyboard talking machine, a Hollywood starlet who was also a prolific inventor keen to defeat the Nazis, the miniaturization of a circuit invented by an engineer who hadn’t yet earned vacation time, and a father eager to share a photograph of his newborn daughter with friends and family.

I produced companion question sets for each episode. They can be found at The Lessons of Phyz at Teachers Pay Teachers: Breakthrough—The Ideas the Changed the World.
Posted by Dean Baird at 6:00 AM No comments: