And if you get useful mileage out of constant velocity buggies (such as these from Arbor Scientific) but wish you had a convenient, reliable way to curb their enthusiasm, Frank tweets this:

Doggies on a waxed floor

Where will you use it: inertia, friction, centripetal force? I don't think students will mind if you use it for all of those.

Can you stretch it into conservation laws? Of course you can! Low stopping force requires longer stopping time. Impulse/momentum: check. That wee force will need to act across a large distance to change the kinetic energy of those goggies! Work-energy: check.

Want to take it a step further? How did those doggos get up to speed to begin with? Hmmm...

And fear not: it all ends well.

As I'm starting Forces and Newton's Laws of Motion in my Conceptual Physics class I am bringing out every demo I've got on inertia. I've got viral videos like the Target Shopping Cart Fail, stuffed animals on toy cars to run into walls, etc. As I was going through my list I realized that I didn't have a whiplash demo. I have plenty of images from physics textbooks and medical journals (Wikipedia version below) but I didn't have a physical representation of one to have in my classroom. And you know what happens when I decide I need a physical model ... 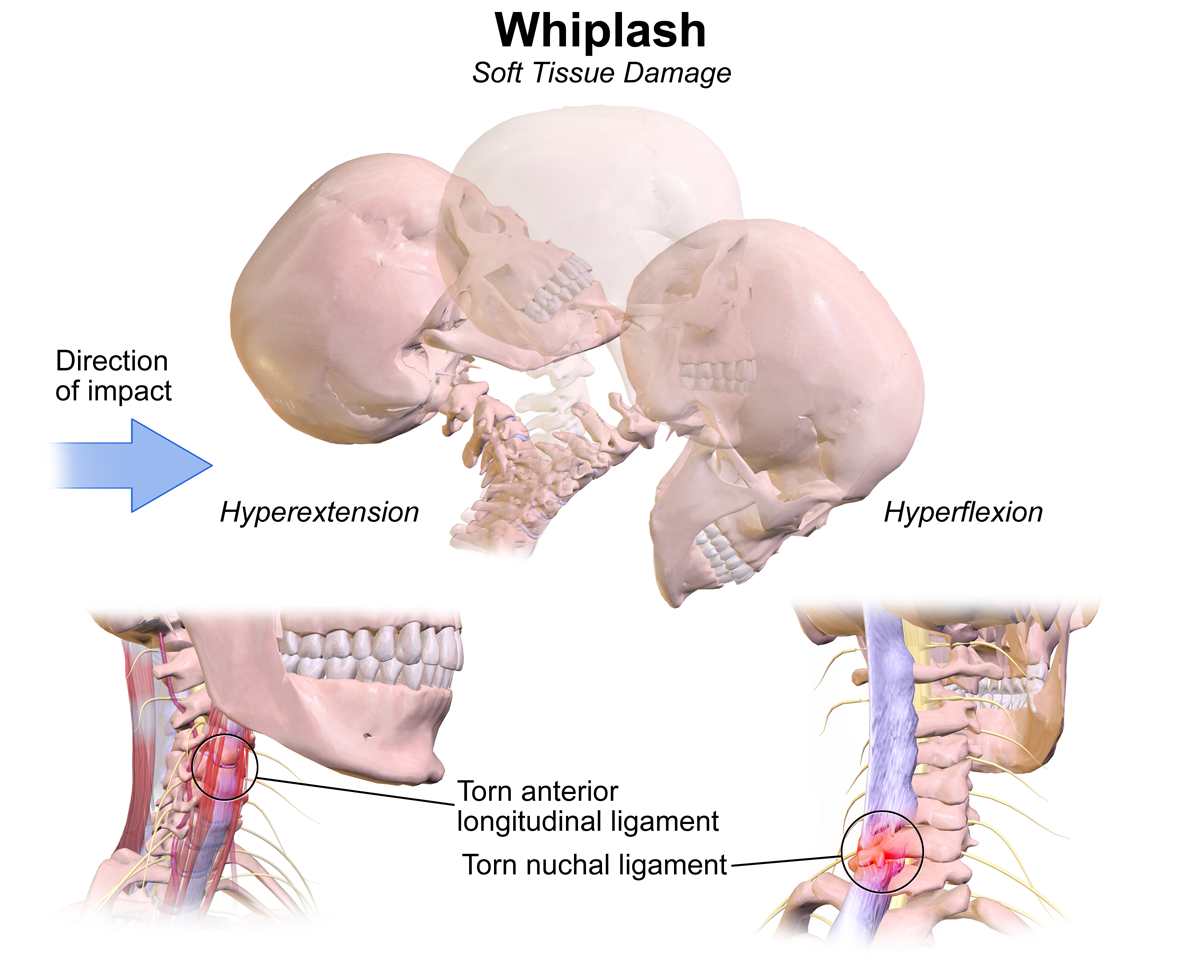 
Trying to start with what I had I found the biggest stiffest spring in my cabinet, something that I picked up at the hardware store because, why not? I usually can't get this thing to move much when I hang weights from it unless I'm adding over 2 kg so its a very stiff spring. It is similar to this one from Home Depot, about an inch diameter and almost a foot long.

While a heavy human head analog is best, I was in a pinch so I grabbed a used styrofoam head from our Chemistry department. They usually do a demo using the styrofoam heads about safety goggles and they end up half melting them with an acid (I think). A quick Amazon search shows they are fairly inexpensive. I used a piece of 1/2" PVC that hadn't been cut squarely so it had a crooked sharp end to start cutting a circular hole in the bottom of the foam head base. I kept driving the PVC in, occasionally having to empty the styrofoam core that was forming inside by shoving a smaller dowel through it. Once I had a hole through the base of the head into the main part of the head I tried to enlarge the hole using larger diameter PVC and a hacksaw blade.

Once I thought I had the hole big enough I sliced the head at the neck as if I was decapitating it. I inserted one end of the spring as far into the head as I felt it needed to be to be secure. The other end had to be pulled through the base of the neck. Since I wanted the spring to fit snuggly and a spring that can twist is not rigid enough to push through a hole it took some doing. I found pulling the spring through with a pair of pliers while twisting to work the best.

One end of the spring does stick through the base but I don't think it would have enough of a hold on this base if I made it flush. Since my head has a bit of a base beyond the neck you have to hold on to that part rather than just the portion of the spring that sticks out the bottom to get the right effect. But in the end it worked great!

This is my colleague demonstrating it in real time and then in slow motion because of course you have to:

My future plans are to get another similar spring and redo it with a more realistic head like a hair dresser's practice head. I'd like to secure it to a flat base perhaps with casters under it, so that it is easier to roll along my desk to simulate the crash. But still, I now have a real whiplash model I made with what I had in less than half an hour, it will work for this year!

Posted by Bree Barnett Dreyfuss at 8:17 PM No comments: