I've seen a meme going around recently that says,

True. And this is the excuse I will give for keeping old vintage equipment that still demonstrates some physics. The same could be said for my father-in-law, a retired hospital mechanic that got to keep a lot of old equipment when it was replaced. He recently gave me a National Twin-Control Transformer, pictured below. It was used in the surgical wards to change the voltage of the lights (left dial) and cauterizing gun (right) from the 120 V wall outlet. I found a few more of these online for sale as interest pieces, luckily no one suggested actually plugging it in. There is an on/off dial at the top and what appear to be banana-type lead ports underneath each control. 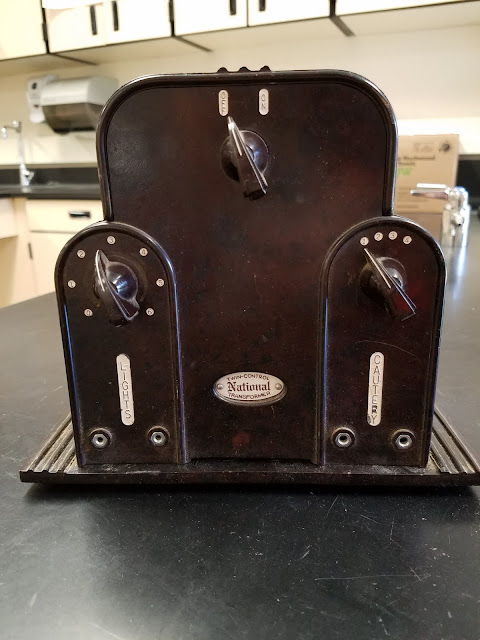 The art deco style seem to be from the 1920s or early 1930s. The plastic shell is Bakelite, the first synthetic plastic for which the American Chemical Society named it a National Historic Chemical Landmark. One of its most common applications were casings like this for electric devices because it was very electrically resistant. 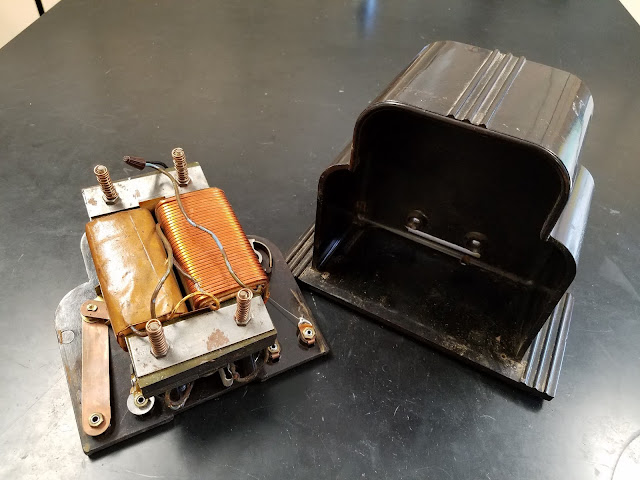 I took the front of the case off so that I could see the very large transformers inside. My father-in-law had cut the cord internally, just in case any students decided to get too curious. The transformer wire gauge is quite large and the whole mechanism quite heavy. I took it out to show some students but I'm concerned about some of the wrap components so it will probably be left sealed up in between demos. 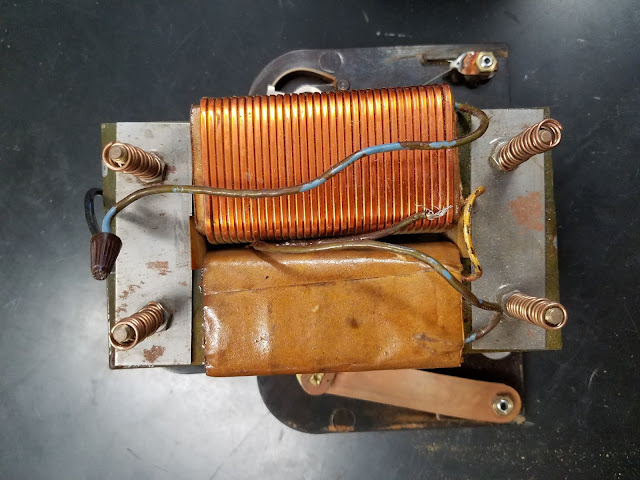 It would be interesting to encase the transformer opened up so students could see it but it was safe from curious hands. Its a reminder that what we teach them is actually used for something and hopefully they are able to recognize similar components.
Posted by Bree Barnett Dreyfuss at 10:03 AM