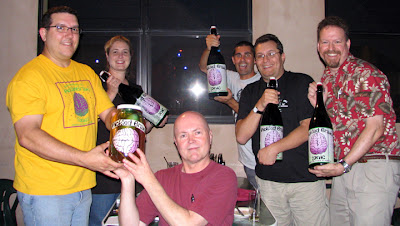 As the member who contributed least to the win, it fell upon me to tell the story and spread the word. That and I was the guy with a camera and a blog. There is no history unless you record it.
Posted by Dean Baird at 10:58 PM