Is a tape measure a constant force spring?

I recently came across a video of tape measures "racing" along a board of wood as they retract. Who doesn't love extending the tape as far as you can and recklessly letting it fly in? It obviously accelerates dramatically. Like any physics-minded person I got to wondering if the force is constant. How might we assess?

I'm home for the summer, a summer I desperately needed, and away from some of my usual tools. No probeware. No students to help. First I put a small bucket with a handle on a food scale from our kitchen. I extended the tape measure and used it to pull up on the scale. The force was somewhat constant, but not as steady as I would like. A force probe would have been handy to average many data points and see the force graphically.

Perhaps it would be simpler to measure acceleration, rather than measuring force directly. We could replicate the original video. But what about friction? I've also noticed that tape measures sometimes stick when used in this position. What if we pulled a cart of known mass and analyzed the video? The toy cars at my disposal were all too light—or had too much friction—to provide a motion that was slow enough and consistent enough to satisfyingly measure with the tools on hand.

But there it was staring me in the face: the air hockey table. I put the tape measure on its side, so that the weight of the extended tape doesn't cause it to rub as much against the tape (tape retracts more smoothly). Lego base plate floats beautifully on table. A few Lego bricks are placed on one end of the plate to hold the hook of the tape measure during retraction. 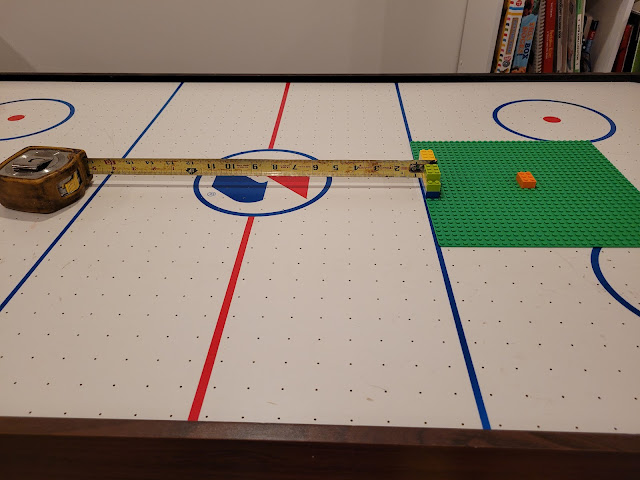 An orange block is placed on center of the green base plate. The this provides clean distinct feature to define the object to track using the free physics video analysis software, Tracker. 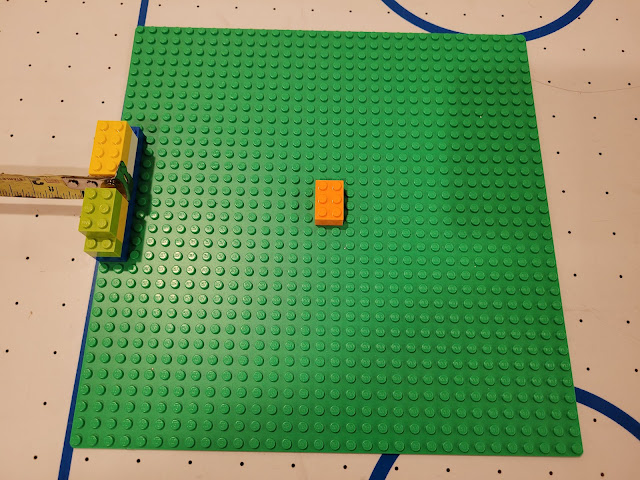 The video, which was recorded at 1/8 speed or 240 frames per second, gave us 135 frames, for a motion that took place in just 0.56 seconds. The best part is that I only had to define the object in the first frame and Tracker took care of marking the position and time of all 135 frames. It only took a minute or two.
This does work best when the object is very easy to "see" against the background. So when recording videos for physics analysis it is always best to think carefully about how the object of interest will look like like against the background. Also include a distinct object of known size for scale. While we are at it, the more perpendicular to the motion you film, the better. The wider then angular sweep of the motion, the more distorted measured position becomes from actual position.
Here is a video tutorial on Tracker I made 11 years ago when I first discovered this amazing tool. [Holy Cow: 100,000 views!]

So, was is constant force? What do you think? First the position vs time graph. 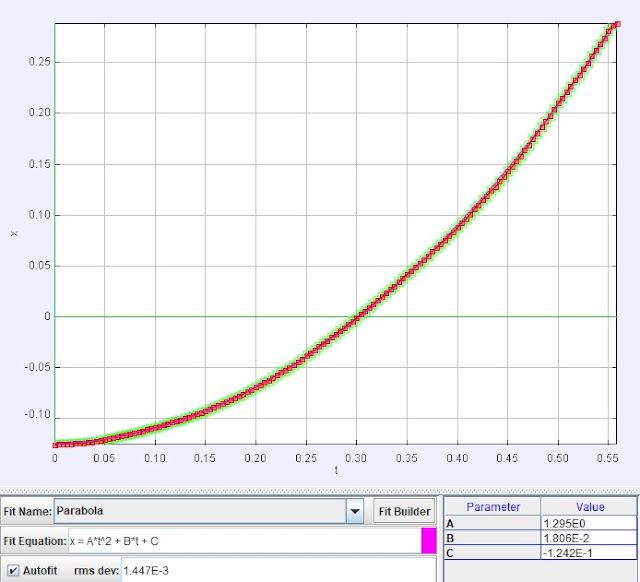 Next the velocity vs time graph. 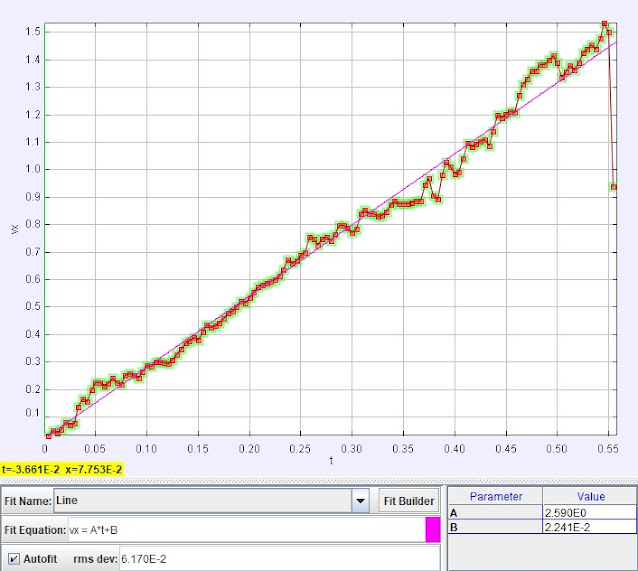 That looks linear to me. Constant acceleration implies constant force. Now this is only one trial. Had I more time and resources, I would love to repeat for different masses. Perhaps someone with a dynamics cart can give it a go. I've love to plot acceleration vs 1/mass. If the force is truly constant we should get a slope equal to that constant force.

I'm still learning about constant force springs, which I was unaware of until the other day. They seem to be in all sorts of devices like tape measures, door closers, and cable retractors. My understanding is that they are constructed from a pre-stressed ribbon of spring steel that is wrapped around a drum. There are many videos showing tape measures being pulled apart to repurpose the coiled ribbon. This was a satisfying little investigation that might be fun to do with students.

Finally, here is the tracker file if interested. And a video of the experiment.

Posted by Spreadsheet Guy at 7:28 PM