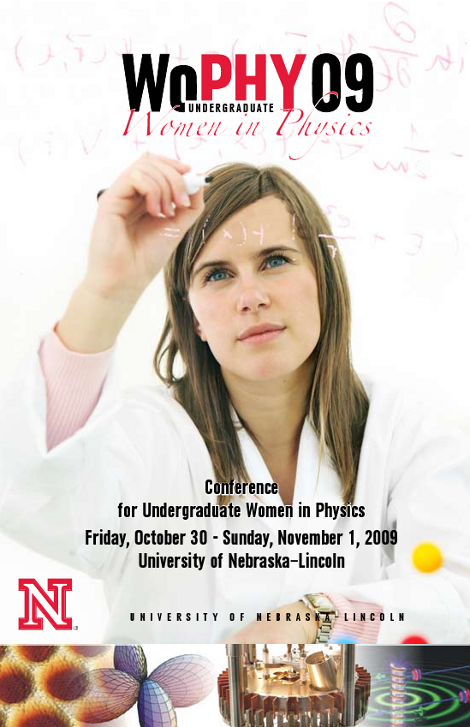 The University of Nebraska - Lincoln is bringing together outstanding undergraduate women researchers in Physics for a three-day conference, from Friday, October 30th through Sunday, November 1st.

Seems like a good idea to me. A gender imbalance persists in physics. You can argue about the reasons for it. You can argue whether it's anyone's fault. But I don't think you can argue that it's a good thing that ought to be fortified in future years.

I've argued for a long time that we need all the sharp minds we can get working on the unsolved problems of physics. WoPHY 09 appears to be directed toward greater inclusion and support. I hope it's a good conference, is well attended, and generates energy for WoPHY 10.

Thanks to Phil at BadAstronomy.com.

UPDATE: It appears that USC has a similar conference, going into it's fifth year. Huzzah!
Posted by Dean Baird at 5:25 PM

Yale also has a sister conference for undergraduate women in physics, and there is a Midwest one too that changes location each year:
http://www.yale.edu/spsyale/cuwpy/
http://conferences.physics.illinois.edu/wip/